Guides / The difference between Ripple and XRP

The difference between Ripple and XRP 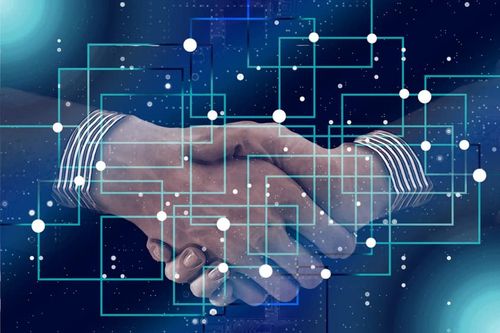 Ripple and XRP…. What's the difference?

People are often surprised to learn that Ripple and XRP (called the Ripple digital asset) are not the same thing. The confusion is understandable, since they share the same name and have similar origins! There are, however, important differences which need to be explained.

First and foremost, Ripple is a private enterprise software company. The company was the founder and creator of the Ripple Protocol, an open-source protocol which includes the Ripple Consensus Ledger (RCL) and RippleNet, a suite of payment solutions products marketed to banks, non-financial institutions and digital currency exchanges.

The RCL uses distributed ledger technology to support the transfer of tokens representing fiat currency, cryptocurrency or any other unit of value. The protocol is completely open, meaning anyone can access it without prior approval from Ripple. It allows bank and non-bank actors to incorporate the protocol into their own systems, thus making wholly separate to Ripple the company. Network participants validate the transactions by consensus.

The RCL is often confused with XRP (also called Ripple digital asset). XRP is a native token of the RCL used for facilitating the transfer of money between different currencies across the network.

There were 100 billion XRP units created at inception, an official number which will not increase or decrease according to its protocol. XRP was created prior to the founding of Ripple Labs, the company. The XRP creators gifted the company 80% of all XRP, keeping 20 billion units for themselves. This aspect of XRP is one of the reasons that banks and businesses have taken to the digital currency; it cannot be mined because it is centrally controlled.

One of the main functions of XRP is a bridging currency. Traditional settlement systems use the USD as a common currency when converting money. XRP was designed with the aim of one-day replacing the USD as the settlement currency of choice for financial institutions. By first converting the value of a fiat currency to the digital XRP, rather than USD, exchange rate fees and margins can be eliminated while processing times would speed up.

Ripple and the Price of XRP

We have established that XRP and Ripple are not interchangeable. XRP is a digital asset while Ripple refers to a company that created the Ripple Consensus Ledger. How, then, does the success of Ripple (the company) affect the price of the token XRP? This is a tricky one, and opinions on this topic tend to be split.

XRP and Ripple do share a degree of interdependence. At the most basic level, the valuation of Ripple is intrinsically tied to the market price of XRP since Ripple owns so many of the tokens. Last year Ripple decided to place 55 billion of their XRP tokens into an escrow account in an act of good-faith to other network participants that they would not simply dump all of their XRP tokens one day, driving the price down. Ripple plans to sell off these XRP tokens in escrow to new network participants. The higher the price of XRP, then, the more money Ripple can raise from their sale.

Each transaction done on the RCL destroys a tiny fraction of XRP (average fee is .00001 XRP). This transaction cost is to prevent spam or denial-of-service attacks on the network. The charge is not paid to any party; the XRP is permanently destroyed. Since there are a set amount of XRP tokens in existence, the elimination of a tiny bit of XRP with each transaction makes XRP more scarce. Over a long period of time the holders of XRP will benefit as this scarcity drives up the value of their tokens.

The transaction fee on the RCL is adaptable and can be changed via amendments. Importantly, as the value of XRP goes up the incremental amount of XRP destroyed with each transaction becomes smaller. While it's impossible to predict when, exactly, XRP will cease to exist it is safe to say it won't be anytime soon. Estimates range from decades to a few hundred years - so a long time. That Ripple has introduced flexibility around the XRP fee schedule suggests that they will seek to revise this fee lower as transaction volumes increase to preserve the longevity of the Protocol.

Can Ripple Exist Without XRP?

Ripple, the company, could continue to exist without XRP.

In addition to creating the RCL Ripple built a suite of products called RippleNet that are marketed to banks, payment providers and digital asset exchanges as frictionless way to send money globally.

The RippleNet ecosystem includes xCurrent, xRapid and xVia. Some of these solutions do not require XRP to function. xCurrent is Ripple's bank-to-bank cross border settlement solution, xRapid is Ripple's liquidity solution for payment providers (FIAT conversions USD->EUR, etc) and xVia is a standardised component for institutions that want to send payments across various networks. In both xCurrent and xVia companies can use XRP for increased liquidity if they feel like it, although it is not required. Only xRapid requires the use of XRP.

The Ripple Consensus Protocol cannot exist without XRP, although it could still endure should Ripple, the company, fail.

The RCL supports transactions of fiat currency, cryptocurrency, commodities or any other unit of value such as frequent flier miles or mobile minutes. However, before you can transact on the Ripple Protocol your digital wallet must be funded with a small amount of XRP (about 20). That minimum amount of XRP will remain in your wallet indefinitely; you are unable to withdrawal below that threshold. Although your activity on the Protocol may not involve XRP at all, for example exchanging Australian Dollars to US Dollars, that XRP is required for wallet activation makes it an indispensable component of the Protocol.

Lastly, XRP remains a wholly independent digital asset that exists independently of the Ripple company and the RCL.

FlashFX recognised the game-changing benefits of the Ripple Consensus Protocol for international money transfers and was the first digital currency exchange in Australia to be awarded a license to operate from ASIC.

The RCL removes many of the traditional friction points that make completing international money transfers expensive and slow, notably third-party correspondent banks. By eliminating the middlemen FlashFX is able to deliver your money faster and without the high fees typical of the SWIFT payment method. Not interested in traditional fiat transfers? We also use RCL to help our customers instantly fund their cryptocurrency wallets {internal link}.

Using Ripple Protocol is just one of the ways FlashFX is able to deliver greater value for customers looking to shift money overseas.